Grand welcome to PM Modi at airport on return from US 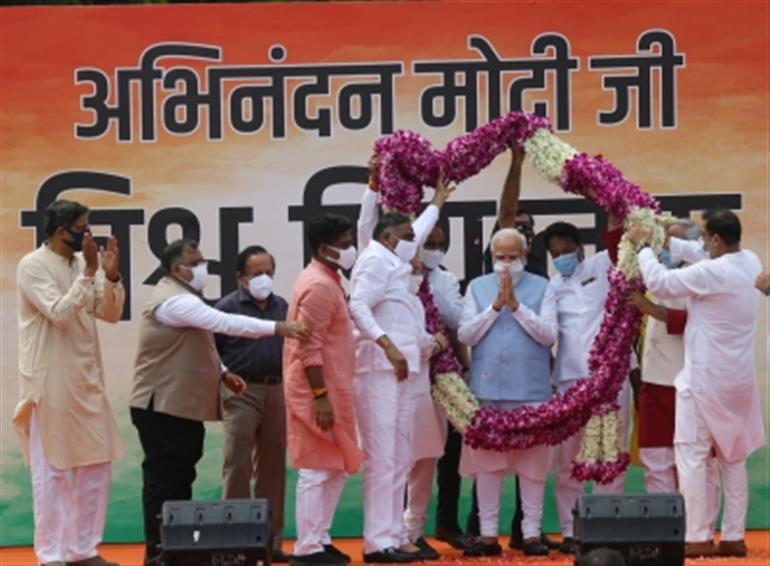 NEW DELHI: Prime Minister Narendra Modi received a grand welcome from BJP leaders and workers at Delhi airport on his return from an official visit of the United States of America (USA), here on Sunday.

Since morning thousands of Delhi BJP workers and people gathered at the Palam Airport technical area to receive the Prime Minister. A big stage was set up outside the airport for Prime Minister Modi to accept greetings from people.

Prime minister walked around two kilometres to meet party workers and common people standing on both sides of the roads with his cutouts and posters.

Praising the Prime Minister, BJP chief Nadda called him a global leader who has made the country a global player.

Sharing pictures of the Prime Minister meeting people waiting outside the airport to welcome him, Nadda tweeted, “People were eagerly waiting since morning to see and greet their beloved Prime Minister Narendra Modi ji on his return from US visit. Huge cheering and enthusiasm. Some glimpses of Prime Minister Modi Ji meeting people and accepting their greetings.”

Prime Minister Modi thanked the people who were there to welcome him.