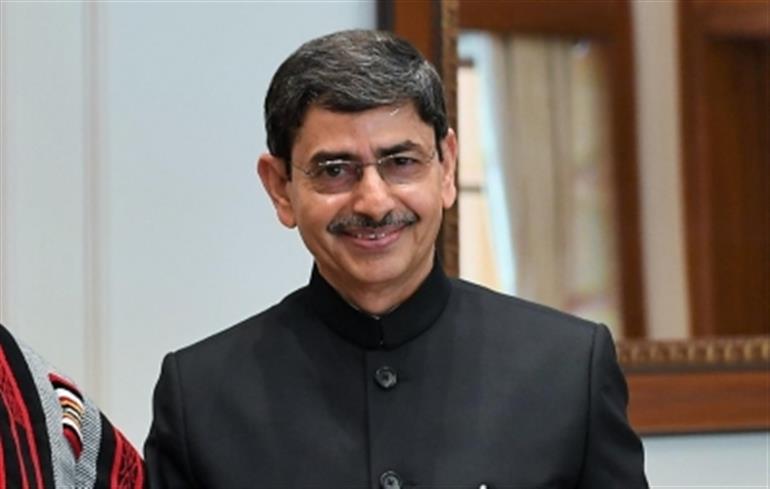 KOHIMA/NEW DELHI:  The Government has accepted the resignation of Ravindra Narayan Ravi, the interlocutor for the Naga peace process, officials said here on Thursday.

A senior official of the Nagaland government on condition of anonymity said that Ravi on Wednesday wrote to the Union Home Ministry requesting the government to relinquish him as it was “inconvenient” for him to discharge his duty as the Interlocutor after being taking charge as the Governor of Tamil Nadu.

Ravi, who was governor of Nagaland and on September 9 transferred to Tamil Nadu, where he took the gubernatorial post on Saturday.

Assam Governor Jagdish Mukhi has been given the additional charge as Nagaland Governor until regular arrangements are made.

Ravi, a former Intelligence Bureau (IB) official, has been transferred to Tamil Nadu and relieved from the responsibility of interlocutor at a time when his relation with the Isak-Muivah faction of the National Socialist Council of Nagalim (NSCN-IM) turned very sour on various crucial issues.

Ravi, a 1976 batch IPS officer of Kerala cadre, was appointed as the Centre’s interlocutor for the Naga peace talks on August 29, 2014, soon after the Prime Minister Narendra Modi-led government took charge. He was appointed as the Deputy National Security Advisor in October 2018 before being named the 19th Governor of Nagaland on August 1, 2019.

The leaders of NSCN-IM, the dominant Naga group, had openly criticised Ravi, who on his part had slammed the outfit for its various demands, especially over a separate flag and constitution.

Ravi and NSCN-IM also got engaged in a war of words on many other issues including over the collection of “tax” from the public by the Naga outfit. The former Nagaland governor had outrightly rejected the demand for a separate flag and a constitution for the state.

Meanwhile, after over a year, crucial meetings between the Government of India’s envoy and the Naga insurgent outfits began in Kohima on Monday to settle the long-pending Naga political issue, involving various groups, including the NSCN (IM). Officials in Kohima said that Central government representative A.K. Mishra and the NSCN (IM) leadership led by Thuingaleng Muivah held a meeting at the police complex in Chumoukedima on September 20. Both Mishra and other NSCN-IM leaders remained tight-lipped about the details of the discussions, which took place for the first time after the Union government transferred Nagaland Governor Ravi to Tamil Nadu.

NSCN-IM leader Rh Raising had told the media after the meeting that everything should be initiated on the basis of the “Framework Agreement” signed with the government in 2015. “We reiterate our commitment to the ‘Framework Agreement’ in letter and spirit. After the Covid-19 pandemic, the talks have resumed,” Raising told a television channel in Kohima.

Officials said that Sarma, who is also the Convener of the pro-BJP front North East Democratic Alliance (NEDA), held meetings with former special director of the Intelligence Bureau (IB) and Central government representative A.K. Mishra and the General Secretary of the NSCN (IM) Thuingaleng Muivah.

After the meeting, the Assam Chief Minister had tweeted: “PM Shri Narendra Modi and HM Shri Amit Shah are committed to ensure ever-lasting peace in the Northeast. At Dimapur today, we held discussions with NSCN (IM) representatives in the presence of Nagaland CM Shri Neiphiu Rio about the ongoing peace talks with GoI.”

For the first time in the Naga peace talks, the Assam Chief Minister has been involved in the discussions.

The opposition Congress in Assam has raised questions over the Assam Chief Minister’s involvement in the Naga peace talks and said that the state’s interest may be compromised in the long run.