Less than eight months after successfully organising the 2020 edition at the Stade Roland Garros, amid the toughest of circumstances, French Open is back and this time, has thrown up a battle of the generations in the men’s singles category. The Big Three – defending champion Rafael Nadal, Novak Djokovic and Roger Federer – have found themselves in the same half of the draw for the first time in a Grand slam event, while potential Next Gen threats in Stefanos Tsitsipas, Alexander Zverev, and two-time runners-up Dominic Thiem – have been clubbed together in the second half of the draw which was released on Thursday evening.

Yet, the inevitable question remains – can Nadal beat the odds, once again, to lift an unprecedented 14th on la terre battue?

He hasn’t had a favorable clay season so far – failing to reach the quarters in Monte-Carlo Masters, losing at home (Serbia Open) in the semis, was dominated by Nadal in the Italian Open final and now awaits his fate in Belgrade Open final. Yet, Djokovic emerges as an outright favorite to reach the semis in the first quarter, with his path seeming like a stroll in the park. He faces Tennys Sandgren in his opening match, and the other seeds in the quarter are – Ugo Humbert, David Goffin, Alex de Minaur, Mario Berrettini, Felix Auger-Alisassime, Taylor Fritz.

The only potential threat that he faces en route to the semis is from Federer, who stands on the other end of the same quarter. Although the two have been inseparable in their eight meetings on clay which includes a victory each in French Open as well, the Serb has won four of their last five ATP meetings. 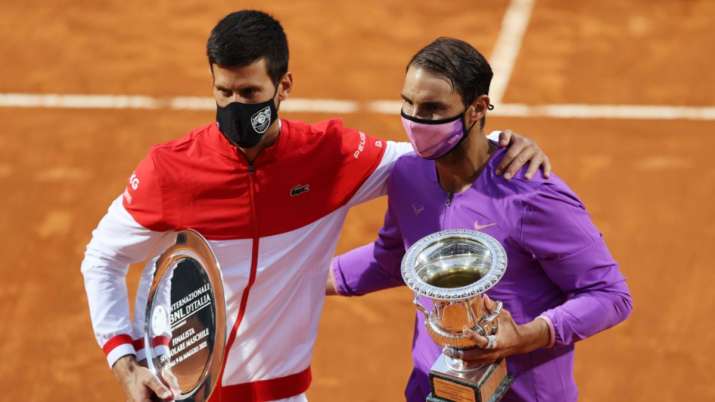 As unconvincing as it sounds, the 13-time French Open champion has been seeded third, one below Daniil Medvedev, who hasn’t won a single match on Parisian Clay in his four appearances, and that has handed him probably the toughest draw in his French Open career. But Nadal, who is 100-2 at Roland Garros, remains unfazed and has his eyes rather set on the potential Djokovic clash in the semis. “I see it as completely normal. I’m not worried about it. I have a lot of work in front of me to play a potential match versus Djokovic [in the semi-final],” he said on Friday.

Nadal will begin his campaign against Alexei Popyrin, whom he had convincingly defeated in the Madrid Open third round. He could face either Hugo Gaston or Richard Gasquet in the next round, Lorenzo Sonega in the third, Jannik Sinner in the fourth and Andrey Rublev in the quarters. The Russian had defeated Nadal in Monte Carlo earlier this clay season.

The third-quarter throws a potential US Open final repeat from the 2020 season. Thiem had held nerves to outlast the big-serving Zverev in 2020 final, which produced the first Grand Slam winner outside the Big Three since 2014.

But since the final, the two Next Gen stars have incurred a contrasting path. Thiem lost in the French Open quarters that fall and failed to reach the quarters in the Australian Open. In the clay season, he lost to Zverev in straight sets in Madrid, Sonego in Italian Open, and Cameron Norrie in the Lyon Open. Zverev, on the other hand, beat Nadal, Thiem, and Berrettini in Madrid Open en route to his fourth Masters 1000 title. 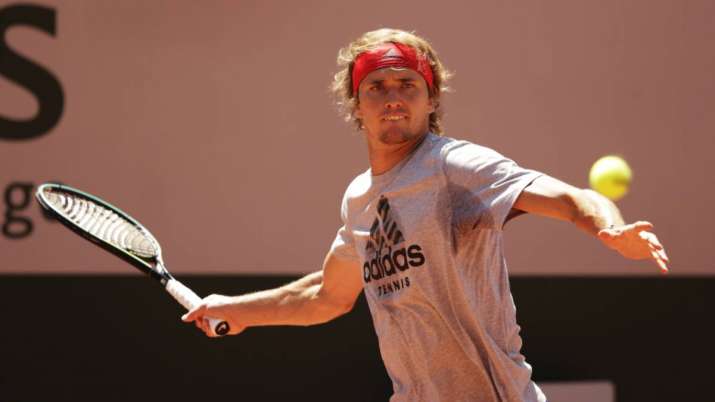 Zverev, who begins his campaign against a qualifier, has a much safer road to the quarters than Thiem, who faces Pablo Andujar in his opener and has possible threats from Fabio Fognini in the third round and Casper Ruud in the fourth.

The only Nadal threat who could potentially reach the semis without an ounce of hindrance is Stefanos Tsitsipas, who finds himself in the final quarter of French Open 2021. The Greek heads to Stade Roland Garros on the back of an impressive clay season where he won the Monte-Caro Masters, almost beat Nadal in the Barcelona final, and pushed Djokovic to his limit in the Italian Open quarters. He will begin his campaign against Jeremy Chardy, and could face Pablo Carreno Busta in the quarters.

The only other top-seeded player in the same draw, Medvedev, who considers clay “the worst surface in the world”, has an 11-20 record on the surface and 0-4 in French Open.