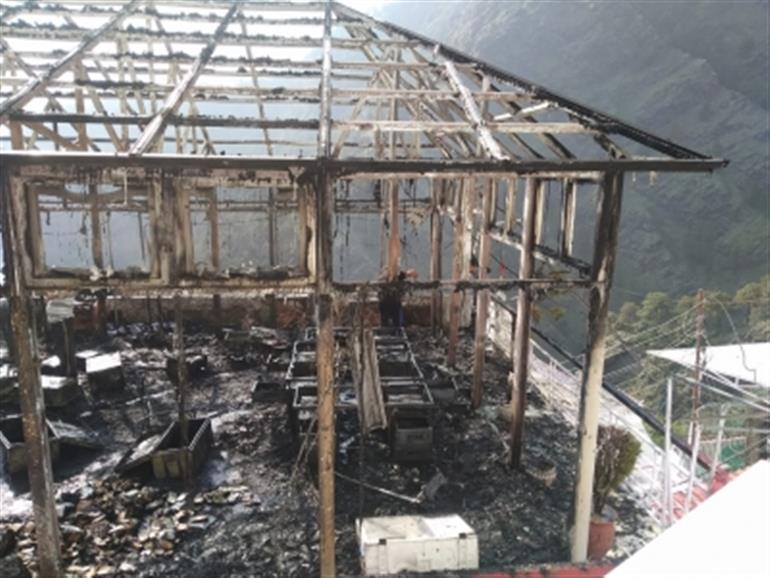 JAMMU: A fire broke out at the Mata Vaishno Devi shrine complex in Katra on Tuesday in which one building of the complex was completely gutted, though no casualty occurred during the blaze.

Police sources said the fire broke out at the Kalika Bhavan building in the Mata Vaishno Devi shrine complex, which has been brought under control.

“No casualty took place in this fire incident which happened most probably due to a short circuit. One building housing a counting centre was completely gutted,” sources said.