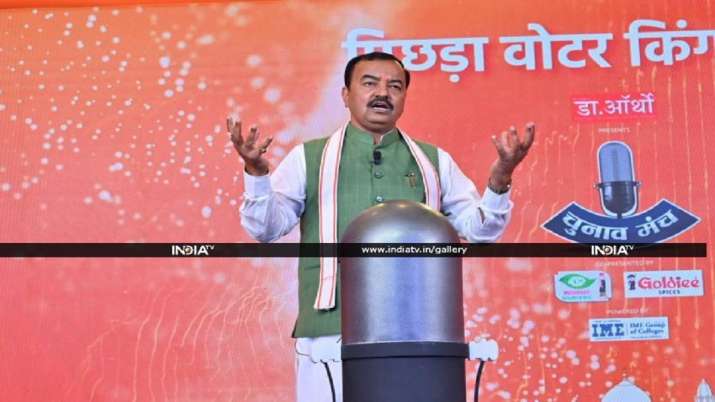 Exuberating confidence over his Bharatiya Janata Party’s performance, Uttar Pradesh Deputy Chief Minister Keshav Prasad Maurya said that his party is going to bag more than 300 seats in the upcoming Assembly elections. Speaking at India TV Chunav Manch in Lucknow, Maurya challenged the entire Opposition to fight together against the present dimension.

“We will repeat 2017 success in the state in the next year’s Assembly polls. In 2017, we said “300 paar” (more than 300). This time again, we are saying (300 paar). And also I challenge the entire Opposition – namely Congress, Samajwadi Party, Bahujan Samajwadi Party- to fight together… but still they won’t be able to defeat us,” Maurya said.

Maurya said that farmers today get money directly into their accounts. The BJP government has managed to fix the leaks. Corruption was rampant in the previous regimes whereas today people get the benefits of schemes directly.

Society believes that the BJP works on the principle of ‘sabka sath sabka vishwas’. He said that the ones who opened fire at Ram Sevaks are today visiting temples. There was a time when people had to pay bribes to get a job, but the BJP has managed to end this.