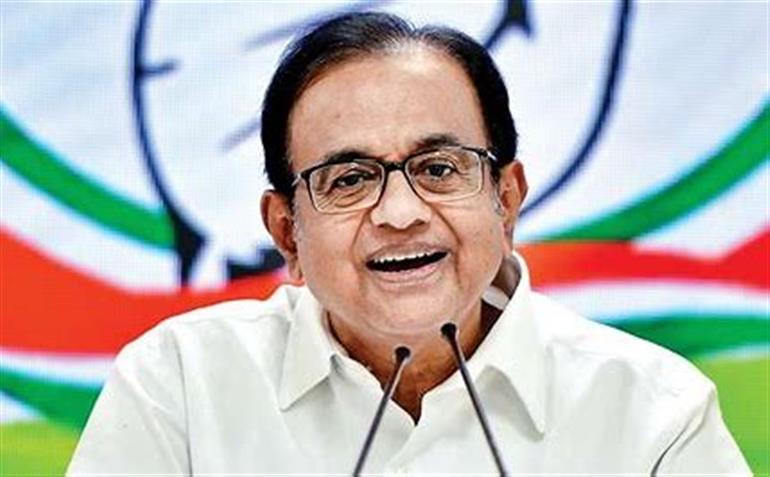 Chidambaram in a statement said, “The seizure of over 3000 kg of heroin is unprecedented and points to a major crime syndicate operating freely in India.

“The same accused are reported to have successfully ‘imported’ a large quantity in June 2021 and got away with it.”

He said, “An ‘import’ of this magnitude could not be attempted by any one without official patronage at a high level. Why are the PM, HM and FM silent on the incident?”

Earlier in the week, the Congress said that over the last few years, the Gujarat coast has become the favourite route for smuggling drugs into India from Pakistan, Iran or Afghanistan.

“Let us understand the chronology of events from the recent past. In July 2017 an Indian Coast Guard vessel had seized approximately 1,500 kgs of heroin valued at about Rs 3,500 crore from a merchant vessel off the coast of Gujarat. In January 2020, five Pakistani nationals on a fishing boat were apprehended mid-sea off the coast of Gujarat while they were attempting to smuggle drugs worth Rs 175 crore into the state and country.

“In April 2021, eight Pakistani nationals onboard a boat were apprehended with heroin worth Rs 150 crore off the coast of Gujarat. On September 17, 2021, three tonnes of heroin was seized by the Directorate of Revenue Intelligence (DRI) during an operation where two containers were seized at the Mundra Port, a privately owned port by the Adani Group in Bhuj in Gujarat. The value of the heroin is estimated to be around Rs 21,000 crore.”

On September 18, the Coast Guard and the Anti-Terrorist Squad of the Gujarat Police in a joint operation against an Iranian boat found 30 kg heroin worth more than Rs 150 crore off the coast of Gujarat.

Rail Roko agitation: Protests will be intensified until justice is secured in Lakhimpur case, says SKM