The audience has been enjoying the OTT version of Bigg Boss ever since its premiere. Not just the fights but also the bonding between different pairs has been catching the attention of the viewers. One amongst those is Bollywood actress Shamita Shetty and her partner Raqesh Bapat. The two have been impressing everyone with their adorable chemistry. Every now and then the two of them are seen either teasing or kissing each other. Yet again, their connection got highlighted during the nomination process of this week. Shamita sacrificed her letter from her family to save Raqesh from nominations. Her actions impressed not just her sister Shilpa Shetty but also a number of fans who lauded her move.

The nomination process this week will see one housemate from the connection getting saved and getting the bonus of reading a letter sent by their family members. The other partner will get nominated and will have to let go of the letter. Even though the decision was a tough one with the finale approaching, Shamita played smart and saved Raqesh by tearing her letter.

The promo of the same was shared on Shamita’s Instagram handle in which she can be seen pleading Raqesh to read the letter. As he hesitates, she picks it up herself and tore it and says, “Maine apne aap ko nominate kiya hai isliye maine chitti faad di hai.” She leaves the confession room in tears after which Raqesh plants a kiss on her head.

The video caught the attention of not just fans but also her sister Shilpa who took to the comments section and wrote, “Sooooo proud my Tunki @shamitashetty_official,” along with a bunch of raised hands and heart emojis. 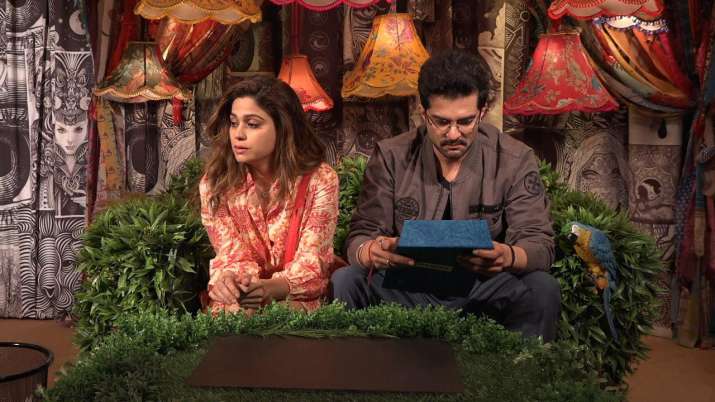 Meanwhile, have a look at how fans reacted on social media:

Amitabh Bachchan’s emotional note for Shweta on Daughter’s Day: Without them society, culture will be dull