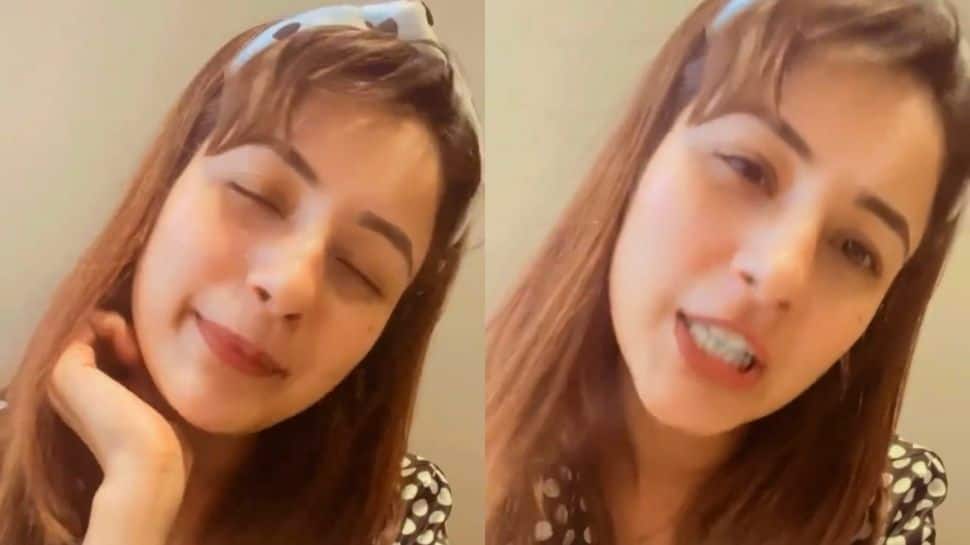 Before beginning the song, she addresses people who assume she doesn’t know English because of her Punjabi accent. She says that no matter what the accent is, English still remains English even if spoken differently.

She says, “Kaun kehta hai mujhe english nahi aati, chahe Punjabi touch he, English, english hi hoti hai chahe kisi bhi language mein bolo (Who says I don’t understand English? Even if it has a Punjabi touch, English is still English no matter which language one says it in”.

Shehnaaz then enchants her viewers with her melodious voice and cute cover of Justin Bieber’s song Peaches.

Listen to her cover here:

Fans were extremely supportive of Shehnaaz and praised her for being so honest and brave by standing up to people who criticize her over her English accent. One fan wrote, ” We know baby girl u r working hard on ur weaknesses and turning out them into ur strength”, while others flooded the comment section with heart and fire emojis.

Shehnaaz Gill has appeared in several Punjabi films but gained immense fame after her appearance in the controversial reality TV show Bigg Boss 13. Now, she enjoys a huge fan following on social media as well with 7.5 million followers.

She has featured in several music videos such as ‘Bhula Dunga’, ‘Keh Gayi Sorry’, ‘Kurta Pajama’,  ‘Waada Hai’, ‘Shona Shona’, and ‘Fly’. The actress will next be seen in the music video ‘Habit’ alongside Sidharth Shukla. She also has a movie ‘Honsla Rakh’ in the pipeline.

Horoscope for May 6 by Astro Sundeep Kochar: Avoid travel Aries, Cancerians to receive good news in terms of job!

It’s a new day, a new beginning. It’s all about starting life afresh. So as ...