Bollywood actress Bhumi Pednekar turned a year older on Sunday. To mark the day special for Bhumi her friends and colleagues from the industry including Akshay Kumar, Ananya Panday and Ayushmann Khurrana poured in their best wishes for the acclaimed Bollywood actor.

Superstar Akshay Kumar wished her ‘Toilet: Ek Prem Katha’ co-star with a goofy monochrome picture, which seems to be an in-between shot from one of their upcoming projects. Alongside the caption, he wrote: “Trying my best to make the birthday girl smile. She’s clearly realised she’s turned a year older today. Don’t worry Bhumi, hopefully you’re getting wiser as well. Happy birthday @bhumipednekar”

Apart from the 2017 film ‘Toilet: Ek Prem Katha’, the duo has also worked together on Bhumi’s ‘Durgamati’, on which Akshay served as co-producer. The duo will soon share screen space in Anand L Rai’s ‘Raksha Bandhan’.

Anushka Sharma also extended birthday wishes to Bhumi on her special day. She posted a stunning picture of Bhumi on her Instagram story and wrote: “Happy birthday! Have a super Day”. 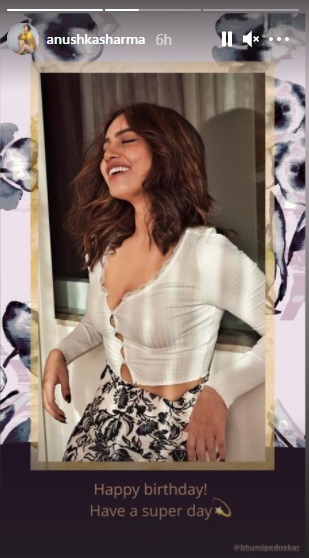 Bollywood actor Ananya Panday who had shared the screen space with the birthday girl in their much-acclaimed rom-com ‘Pati Patni Aur Woh’, took to her Instagram story and shared a candid BTS picture from the film featuring both of them posing for a picture. “Happy bday Bhumsss!!! The Biggest Chiller! love you! I miss our fun days @bhumipednekar” 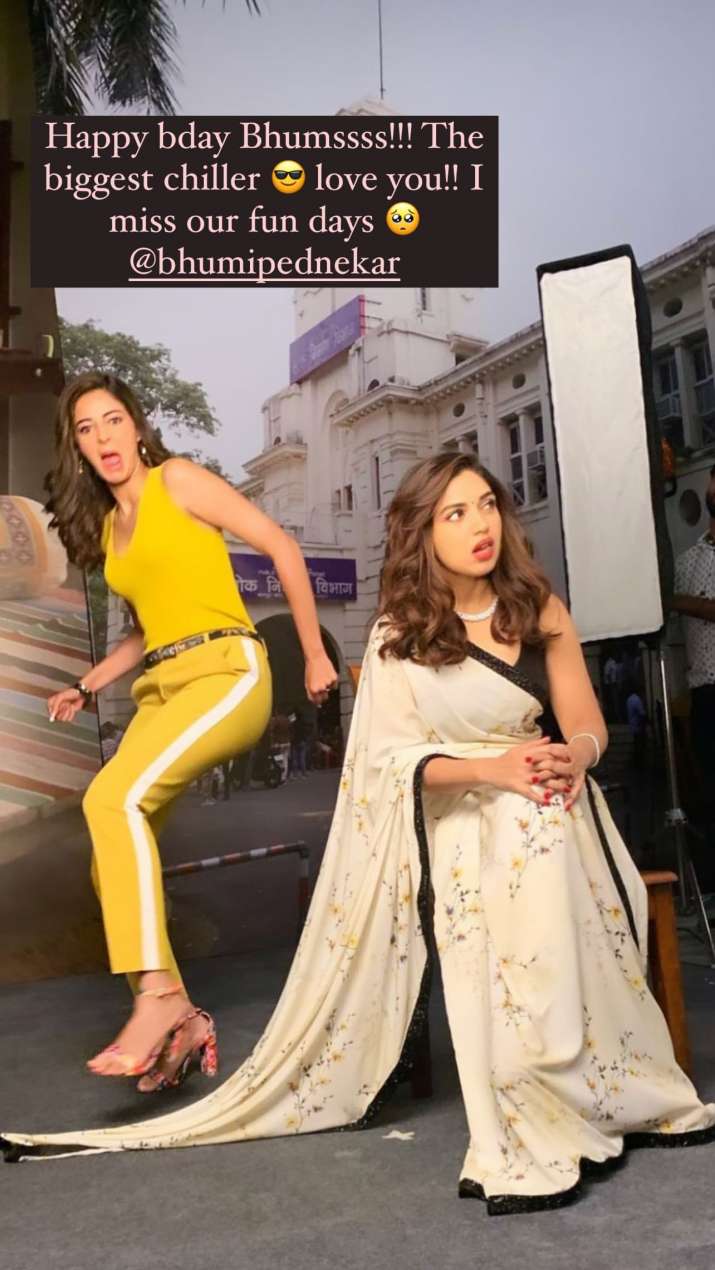 Ayushmann Khurrana, with whom Bhumi debuted on the silver screen with their 2015 hit movie ‘Dum Laga Ke Haisha’, also wished her with a sweet picture on Instagram. Alongside the picture, he wrote: “Happy b’day Boomie”. 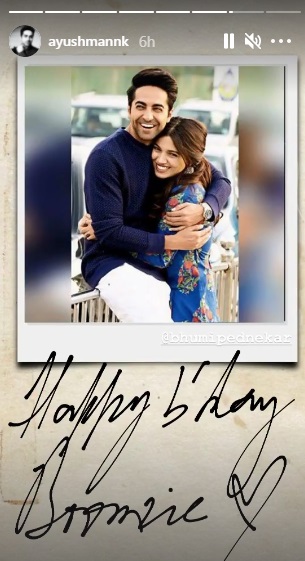 Sonam Kapoor also had the sweetest birthday wish for Bhumi on her special day. She posted an alluring picture of the birthday girl on her Instagram story and captioned it as: “Happy happy birthday Bhumi. Sending the warmest hugs and best wishes your way! Lots of love”. 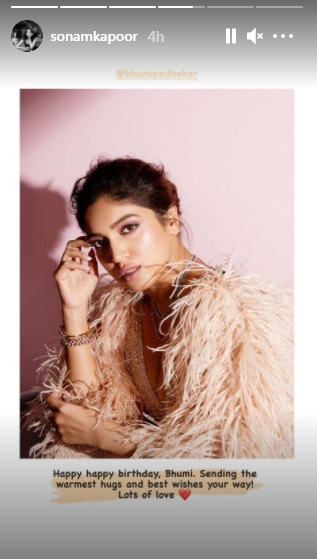 After working as an assistant casting director at Yash Raj Films for six years, Bhumi made her acting debut with the starring role of an overweight bride in the company’s 2015 romantic comedy ‘Dum Laga Ke Haisha.’ Her performance was acclaimed and she was awarded the Filmfare Award for Best Female Debut.

She then rose to prominence in 2017 by playing a headstrong woman in two commercially successful comedy dramas, ‘Toilet: Ek Prem Katha’ and ‘Shubh Mangal Saavdhan.’ The latter earned her a nomination for the Filmfare Award for Best Actor (female).

Also read: Amitabh Bachchan shares rare pic from his look test for 1971 film for which he ‘actually got selected’

On the work front, the actor already has an impressive array of roles under her list, with movies including ‘Rakshabandhan’ with Akshay Kumar, ‘Badhaai Do’ with Rajkummar Rao and ‘Mr Lele’ with Vicky Kaushal.