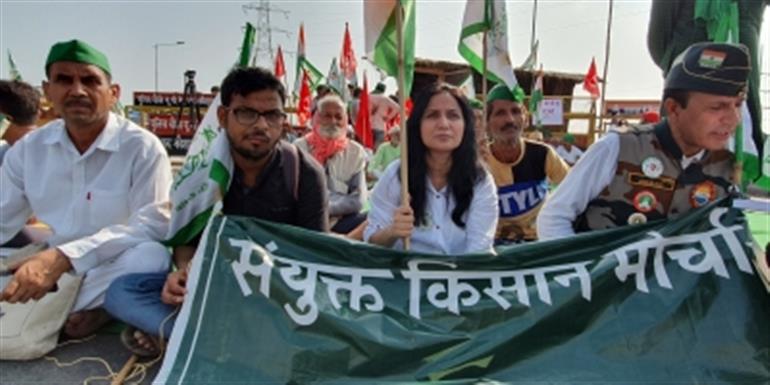 PATNA: The Samyukt Kisan Morcha (SKM)-called Bharat Bandh on Monday witnessed traffic disruptions at several places in Bihar as the opposition parties actively lent their support. Rail traffic was also stopped in Darbhanga by the protesters.

The farmers’ nationwide protest call has got support from opposition parties in the state. Several opposition leaders and their supporters came on to the roads and disrupted traffic movement in a bid to make the shutdown successful.

Supporters of the Rashtriya Janata Dal (RJD), Congress and Left parties spilled over the roads from the morning hours. Patna, Darbhanga, Arwal, Arrah, Aurangabad, Jahanabad, Vaishali, Muzaffarpur and some other districts witnessed protests.

The supporters of the RJD burnt tyres on both the ends of Mahatma Gandhi Setu connecting Patna and Hajipur. Due to this, trucks, buses and other vehicles were stuck on both sides resulting in huge traffic built up.

In Gaya, the traffic movement got severely affected on the Gaya-Bodh Gaya-Dobhi and Dobhi-Chatra main roads and partially affected the NH 19 that is connecting New Delhi and Kolkata.

In Sheikhpura, the supporters of Mahagathbandhan were involved in forcibly closing the shops.