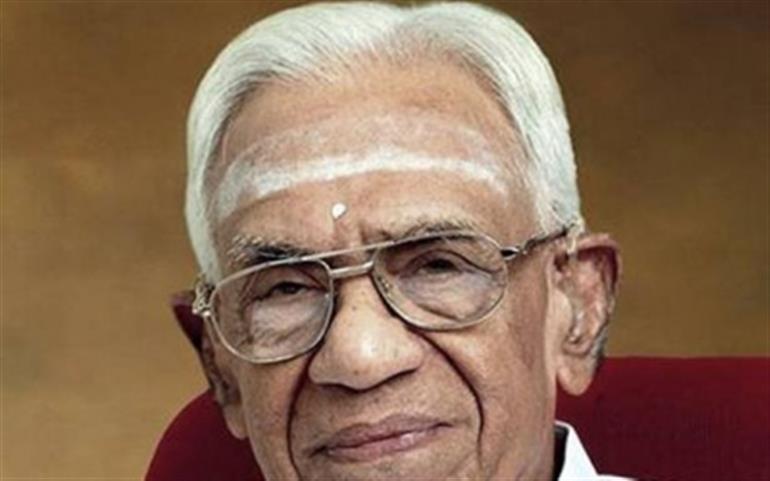 Thiruvananthapuram: P.K. Warrier, the flag-bearer of Ayurveda and one of the popular exponents of Kerala’s traditional medicine system, passed away at the age of 100 at his hometown in Malappuram district on Saturday.

Condolences have started pouring in following his demise.

Recalling his personal experience, Former Defence Minister A.K. Antony said one day he received a call from the then Prime Minister P.V. Narasimha Rao, saying that the then Sri Lankan Prime Minister Sirimavo Bandaranaike was unwell and was unable to walk so after several discussions it was decided she would undergo Ayurvedic treatment.

“It was decided that she (Sirimavo Bandaranaike) will fly down to Thiruvananthapuram and stay at the official residence of the Kerala Governor while a team of Ayurveda doctors led by Warrier began their treatment. She came on a stretcher and I was there to receive her at the airport but after the treatment, when I went to see her off I saw her smiling and walking smartly,” Antony added.

“Warrier was a humble and simple person but was a storehouse of knowledge in his subject. One of the foremost Ayurveda exponents has left us which is a huge loss,” said Antony.

He had turned 100 in June this year but was infected with Covid-19, following which he was suffering from urinary ailments.

He was the managing trustee of the Kottakkal Arya Vaidya Sala, an Ayurveda treatment centre which produces Ayurveda medicines.

He was a recipient of the Padma Shri in 1999 and the Padma Bhushan in 2010. His wife was late Madhavikutty K. Warrier, a poet.

“As a physician, he was committed to the scientific pursuit of Ayurveda. He will be remembered for his outstanding contribution to the modernisation of Ayurveda. As a humanist, he envisioned a life of good health and dignity for everyone in society. The demise of P.K. Warrier is a huge loss for medical fraternity,” Khan said.

Kerala Chief Minister Pinarayi Vijayan said it was Warrier’s efforts which gave Ayurveda a new dimension and acceptability across the globe because of his strong scientific base with which he was able to present and project Ayurveda.