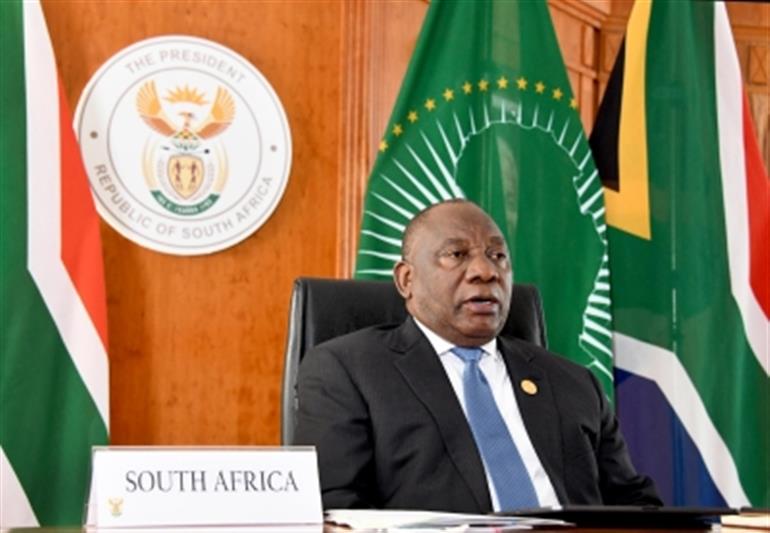 KOLKATA: The violence and looting against people with Indian origin in South Africa over the past week were planned, South Africa President Cyril Ramaphosa alleged during his first visit to the worst-affected KwaZulu-Natal province .

As many as 121 people, mostly of Indian origin, have died in the country’s worst post-apartheid era violence in the past week.

“It is quite clear that all these incidents of unrest and looting were instigated… There were people who planned it and coordinated it,” Ramphosa said on Friday.

But he did not specifically blame any party or group, only saying that his government has arrested more than 2,200 troublemakers, including several ‘instigators’.

“We are going after them, we have identified a good number of them, and we will not allow anarchy and mayhem to unfold in our country,” Ramaphosa told mediapersons.

He said that Indian origin people are ‘very important ‘ to the country, its economy and society.

“They will be defended, they have no reason to worry,” Ramphosa said.

The South Africa government had said on Thursday that one of the suspected instigators had been arrested and 11 were under surveillance. In all, 2,203 people have been arrested during the unrest for various offences, including theft.

Ramaphosa did admit, however, that his government could have acted “quicker” to prevent the unrest and expressed concerns over the growing racial tension in KwaZulu-Natal.

Protests broke out a day after Ramaphosa’s predecessor Jacob Zuma, who wields support among the poor and loyalists in the governing African National Congress (ANC), began a 15-month jail term for refusing to testify to a corruption investigation.

The agitations quickly turned into looting as crowds pillaged shopping malls and warehouses, hauling away goods even as the police stood by, seemingly powerless to act.

South Africa has deployed more than 20,000 defence personnel to assist the police in quelling the unrest.

In one of the largest troop deployments since the end of the white minority rule in 1994, the government said 10,000 soldiers were on the streets by Thursday morning and the South African National Defence Force has also called up all of its reserve forces of 12,000 soldiers.

Foreign Minister Naledi Pandor said that the government is now in control of most of the areas from where looting and riots were reported.

Indian origin people, who are the worst sufferers, were forced to arm themselves in two provinces, especially in Durban city, home to more than 70 per cent of the 1.4 million Indian origin population in the country.