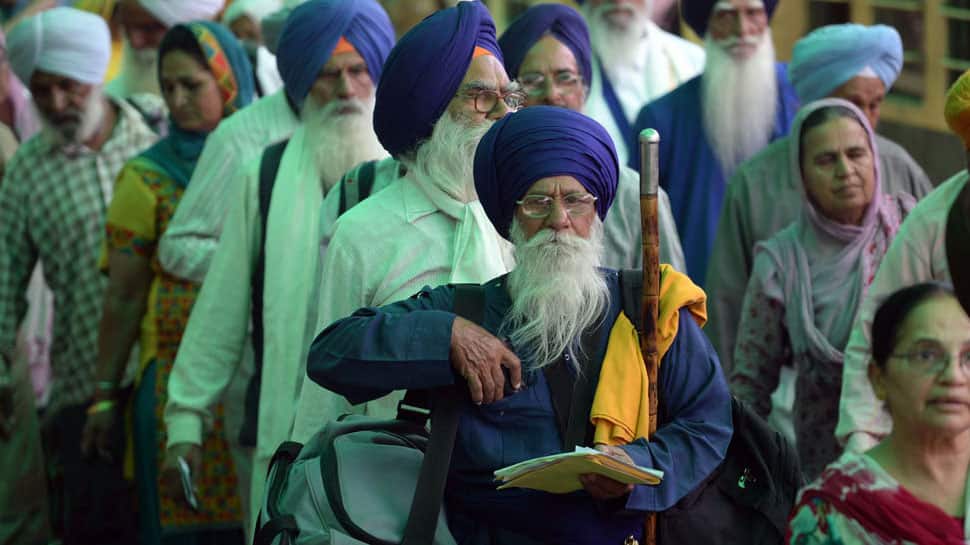 New Delhi: Amid rising violence in Pakistan, the government is concerned about the safety of Indian Sikh Pilgrims in the neighbouring country for Baisakhi celebrations.

Top sources in Delhi told Zee News that the Indian govt is continuously monitoring the situation and is in touch with the Pakistani authorities for the safety and well-being of its citizens.

TLP Chief has been detained ahead of the 20th April deadline to implement group demands, which includes expelling of French envoy, cutting ties with France.

Currently, around 900 Indian Sikh pilgrims are in Pakistan who were to go to Panja Sahib Gurdwara for Baisakhi celebrations. Due to protests in Pakistan, they were taken to Gurdwara in Lahore.

Pakistani authorities have rescheduled their visits. Pakistan Sikh Gurdwara Prabandhak Committee’s (PSGPC) Satwant Singh said, “security arrangements are being reviewed by the authorities…. arrangements being made to facilitate the Jatha”.

As per the earlier prepared schedule, they were to reach Panja Sahib between April 12 to April 14 to celebrate Baisakhi. But now authorities are rescheduling the itinerary.

Lahore to Punjab Sahib is 6 hours away by road, but main roads are closed as of now due to violence.

High Commission for Pakistan in India had issued over 1100 visas to Sikh pilgrims from India to participate in the annual Baisakhi celebrations from 12-22 April.

Under the framework of the Pakistan-India Protocol on Visits to Religious Shrines of 1974, a large number of Sikh Yatris from India visit Pakistan to observe various religious festivals/occasions every year.