The nomination list for the 66th Filmfare Awards 2021 has been revealed. Farah Khan has received an award for choreographing ‘Harra Bekhar’. Famous Bollywood choreographer Farah Khan has shared the joy of receiving the award on her Instagram account. Farah expressed her happiness by sharing her photo with the late actor Sushant Singh Rajput. Farah Khan shared the photo on social media with her Filmfare Award 2021 and wrote, “This is very special. 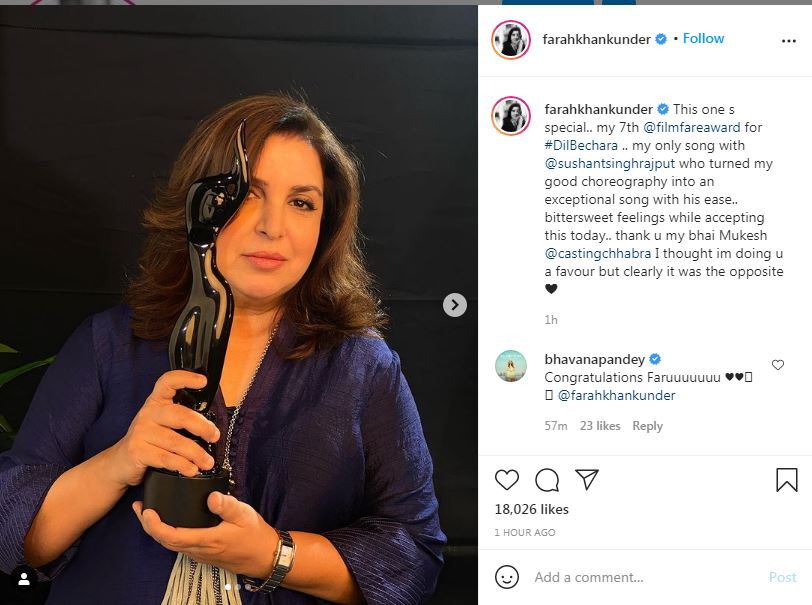 My seventh Filmfare Award for ‘Dil Behera’. My only song with Sushant Singh Rajput is very special, which became my best choreography. “Dil Behera” is a very emotional film by the late actor Sushant Singh Rajput. Kiji Basu (Sanjana Sanghi) is a girl who lives with her mother (Swastika Mukherjee) and father (Saswata Chatterjee). Kijie has thyroid cancer and moves with her oxygen cylinder all the time.

During treatment, Kizi meets a very handsome boy, Emanuel Rajkumar Jr., ie Mani (Sushant Singh Rajput), who is battling a cancerous osteosarcoma himself and has lost one of his legs. Kizi is the only girl waiting for her death, whose life brings me joy. Kiji has a favorite singer named Abhimanyu Veer Singh but his last song is incomplete. 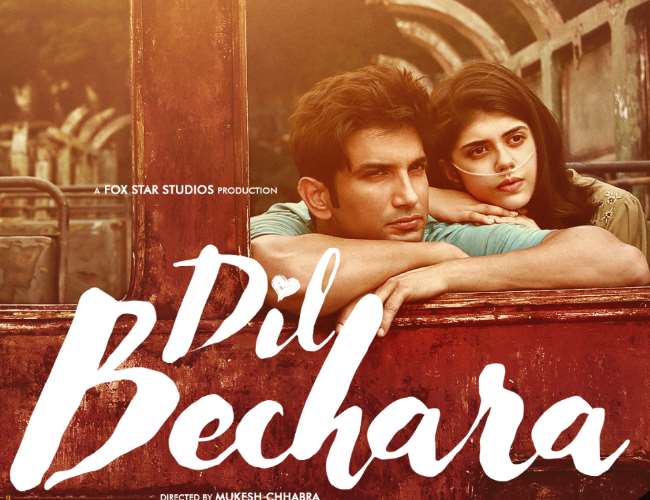 Kiji wants to meet Abhimanyu in his life and this wish has been fulfilled by Mani who is battling cancer. In the year 2020, due to the Corona epidemic, the release of many films was stopped. But the actor-director did not back down from showcasing his talent on OTT platforms. Netflix, Amazon Prime released a number of great starrer movies. The 66th Filmfare Awards will be broadcast on Colors on April 11 at 12 noon.